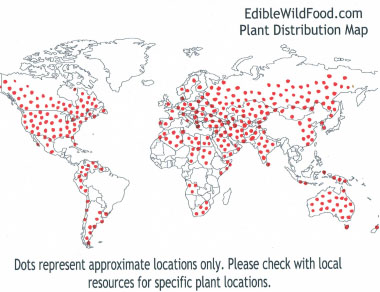 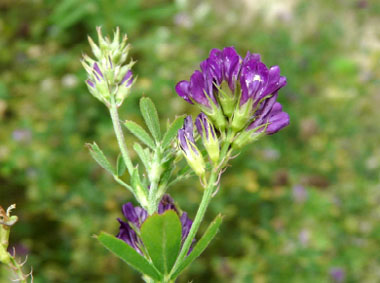 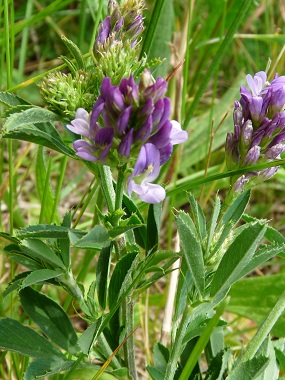 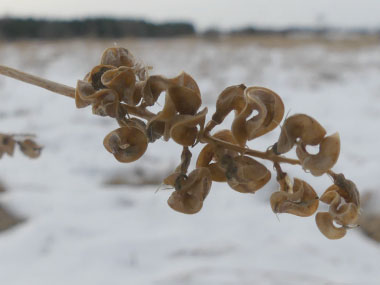 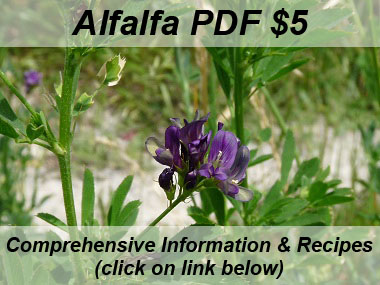 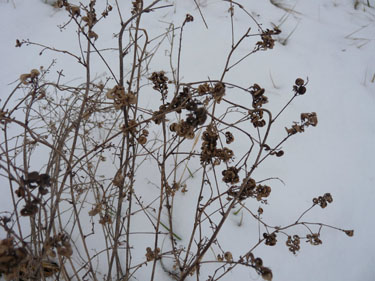 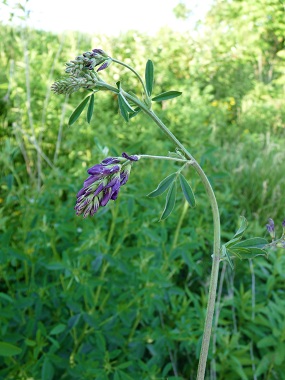 Alfalfa has been around for centuries and is an overlooked wonder food. It is helpful for just about all kinds of health problems, especially those caused by nutritional deficiencies. Historically, the benefits of alfalfa were discovered centuries ago by Arabian horsemen who, upon feeding this wild edible to their livestock, noticed a jump in energy and performance. People who eat alfalfa report similar benefits. Many medical naturopathic doctors and alternative health professionals state that alfalfa is not only nutritious, it is an effective remedy for many ailments and it is used in the treatment for alcoholism and drug dependency.

Alfalfa can grow quite tall and has a deep root system, sometimes stretching more than 15 metres. This makes it very resilient, especially to droughts. Stems are round lower down, more or less angular towards the top, and usually smooth. The flowers resemble the clover in appearance.

The flowers are in a short and somewhat one-sided cluster. Each cluster contains from ten to twenty purple flowers of the ordinary leguminous shape.

Fields of Nutrition has medicinal benefits and vitamin/mineral content of Alfalfa.

The leaves, which are alternate and scattered along the stem, consist of three leaflets like those of clover. The leaflets are rather narrow, two to three times as long as broad, and sharply toothed in their upper part. The middle leaf has a short stalk.

Can grow to 1 metre in height.

Alfalfa is often grown by farmers for pasturage and forage. However, it also has escaped into the wild in both rural and urban areas, where it can be found meadows, near rivers and woodlands, areas along roadsides and railroads, abandoned fields, vacant lots, and miscellaneous waste areas. This species prefers disturbed habitats, and is not a major invader of high quality natural areas.

Leaves and young shoots can be eaten raw or cooked. The leaves can also be dried for later use as a tea or tossed into soups. A very nutritious food in moderation, though it can trigger attacks in patients with systemic lupus erythematosus. The seed is commonly used as a sprouted seed which is added to salads, used in sandwiches, added to soups or eaten as is. Alfalfa seeds can also be ground into a powder and mixed with cereal flours for making nutritionally improved breads and other baked goods. An appetite-stimulating tea is made from the leaves and can be sweetened with honey.