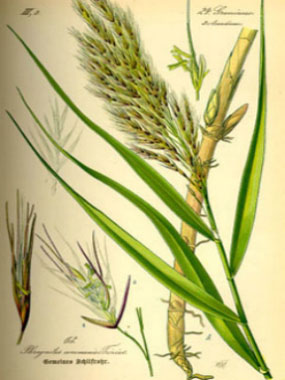 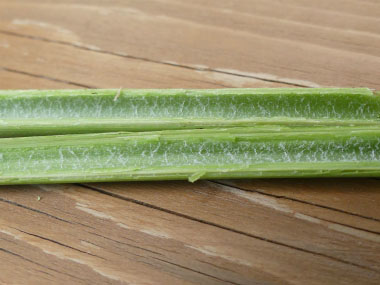 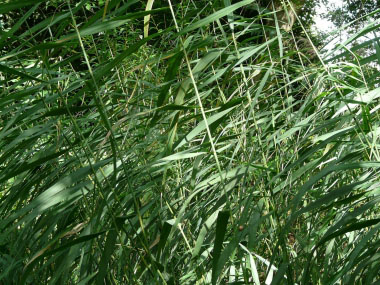 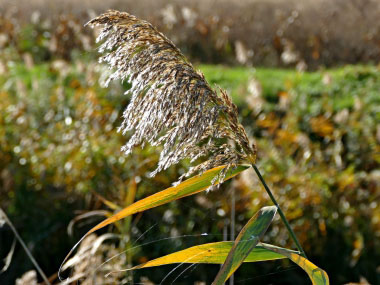 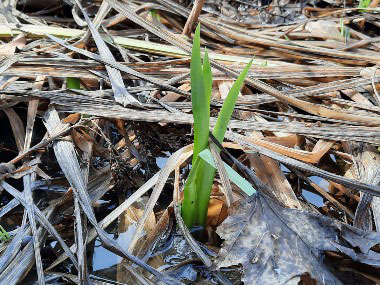 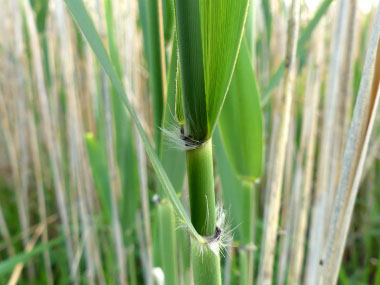 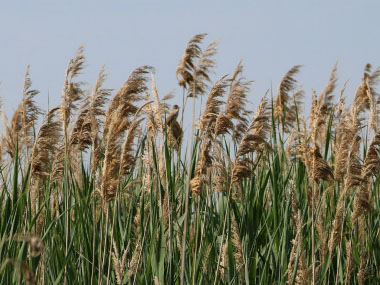 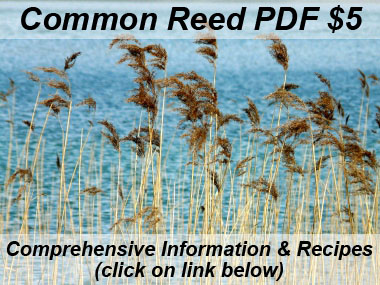 The mighty phragmite, European reedgrass, or common reed, this is a species of the phragmites that has a plethora of valuable uses for wildlife and for us. In Canada and the U.S. the Phragmites australis subspecies Americanus species is native. The introduced species, Phragmites australis subspecies Australis is the species that grows rapidly. Evidence from fossilized dung of the ground sloth, phragmites was present in North America as long as 40,000 years ago and fossil phragmites seeds found in peat samples date back 3,500 years. It is valuable to wildlife because many species of birds eat the seeds and use the plant’s thick colonies for shelter. Submerged portions provide habitats for many micro and macro invertebrates. These invertebrates in turn are used as food by fish and other wildlife species (e.g. amphibians, reptiles, ducks, etc).

Native phragmites typically occurs in low density stands often co-mingled with other native plants but it can occur in very dense stands. Introduced phragmites typically forms very dense stands of both live stems and standing dead stems from the previous year’s growth. The common reed typically forms denser stands than the native. It is a tall perennial grass with creeping rhizomes that may make a dense vegetative mat. They have an extensive rhizome network and roots typically grow to a depth of 1 metre (3').

The inflorescence is in a panicle that bears juvenile spikelets at emergence. Panicles are oblong, purplish when young, straw-coloured at maturity. They measure 15 to 50 cm long and 6 to 20 cm wide. Primary panicle branches divided; bearing spikelets almost to the base. Flowers typically occur in August and September and form bushy panicles that are usually purple or golden. The native phragmite seed head is smaller and sparser compared to that of the common reed.

Fields of Nutrition has medicinal benefits and vitamin/mineral content of Common Reed.

The leaves are rolled in the shoot, no auricles are present, and the ligule is a fringe of hairs. Leaf blades are 1 to 5 cm wide, 20 to 60 cm long, flat, and glaborous. The leaf margins are rough and the sheaths are overlapping.

The common reed can grow anywhere from 1 to 6 metres (3 to 18') tall. The stems can be another way to distinguish between the native and introduced varieties. The common reed stems have more pronounced vertical ridges than the native variety.

Introduced phragmites is typically found in ditches, disturbed sites, and can tolerate saline habitats. In the Great Lakes basin, it is frequently found on shorelines. The native variety is usually found in fens, sedge meadows, river banks and shores. Common reed has a worldwide distribution.

Roots contain up to 5% sugar and according to Edible Oz, can be eaten raw or cooked like potatoes. The flavour and texture are best when the root is young and in the growth cycle. It can be dried, ground coarsely and used as a porridge. Young shoots can be consumed raw, pickled, or cooked. They are best if used before the leaves form, when they are at their peak for taste. Shoots can be used like bamboo shoots. Dried stems were made into a marshmallow-like confection by North American First Nations. A sugary gum that exudes from the stem can be rolled into balls and eaten as a sweet. It has a somewhat sweet liquorice-like taste. A powder extracted from the dried stems can be moistened and roasted like marshmallow. In Japan, the young leaves are dried, ground, and mixed with cereal flour to make dumplings.