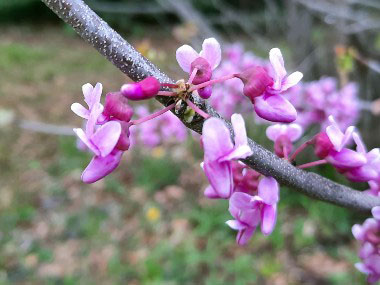 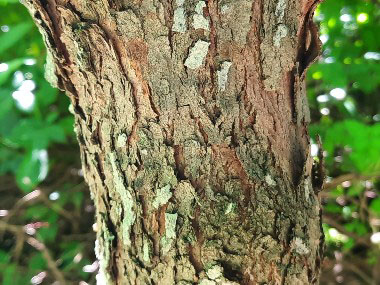 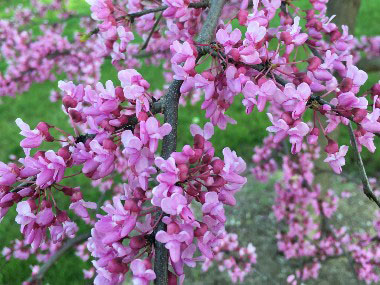 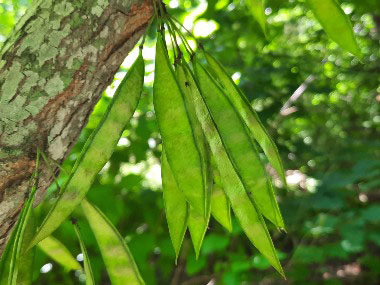 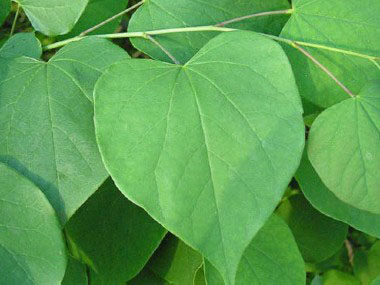 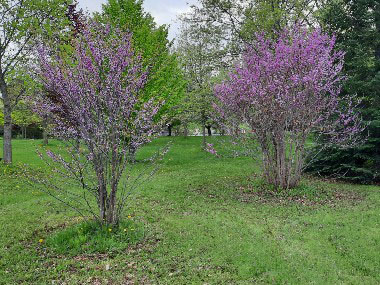 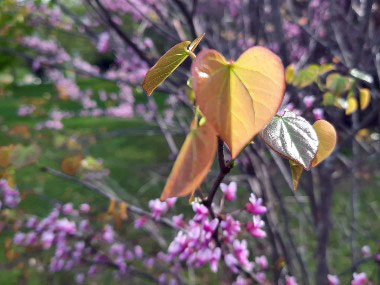 Redbud trees are native across much of the continental U.S. and Canada, with Cercis canadensis (Eastern Redbud) being the most common species. Cercis occidentalis grows in western regions. Redbuds are small leguminous trees (or large shrubs) in the Fabaceae family. These trees are among the first to bloom in the spring and produce large numbers of multi-seeded pods in late summer. Eastern Redbud is the state tree of Oklahoma. Historically, Native Americans were reported to consume redbud flowers raw or boiled and consume seeds after roasting in the seedpods. Although this tree grows naturally, it is also a very popular ornamental tree as it is one of the first trees to bloom in spring.

The young bark is thin, smooth and gray, becoming scaly as it ages. It also has a cinnamon-red inner bark. The trunk is usually short with spreading branches to form a broad rounded crown. It can also grow several trunks in multistemmed individuals.

Twigs are usually zigzag and the bark on the twigs tends to be glossy brown.

Eastern rudbuds can reach heights between 3.5 to 10m (12-30') under favourable conditions.

Heart-shaped leaves grow alternate. Mature leaves reach widths between 7 and 12 cm (3-5") and they are usually glabrous. Leaves are somewhat purplish when very young, turning dark green when mature, and they become yellow in the autumn. The leaf petiole is long and slender.

Flowers are purple-pink, pea-like, and appear before the leaves in April or May depending on location. Flower buds are round and borne in groups on stalks.

Eastern redbuds are more often found in partial shady areas under other trees. Trees in sunny locations will have more compact, rounded canopys and tend to not do as well. Habitats include mesic deciduous woodlands, mixed rocky woodlands (deciduous & coniferous), wooded river valleys and riverbanks, wooded slopes and slopes of ravines, as well as in savannas and thickets.

Flowers can be used raw as a garnish or they can be pickled. The flowers are rich in vitamin C and they have a high content of anthocyanins. Unopened buds can also be pickled or used as a caper. According to Brandeis University, the pods are good sautéed. Native Americans ate redbud flowers raw or cooked as well as the young pods and seeds raw or cooked. Seeds contain about 25% protein and 8% fat. A 2006 study show the flowers and the seeds to be very high in antioxidants. Green seeds have the essential fatty acids linoleic and alpha-linolenic acid, although alpha-linolenic acid is absent from mature dried seeds. Young leaves are also edible.