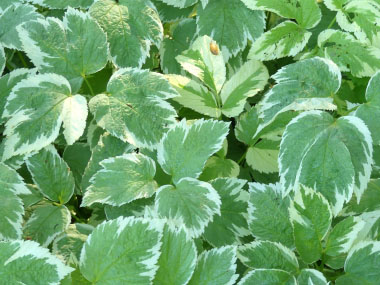 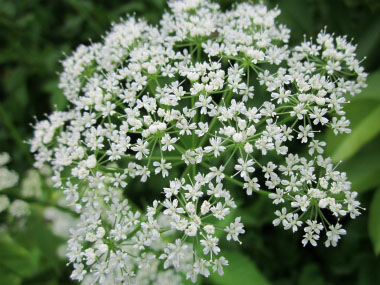 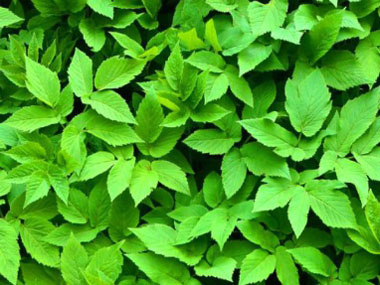 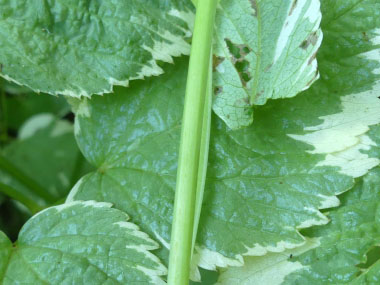 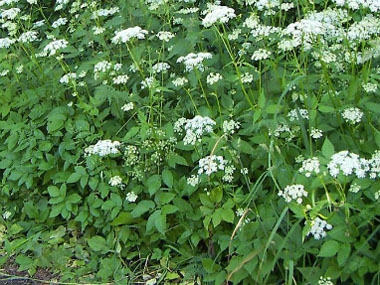 Ground elder is an herbaceous perennial plant native to Europe and northern Asia. It was first brought to North America during the early stages of European settlement as an ornamental garden plant, and was commonly used as groundcover. This plant is in the Apiaceae family and is known by a few common names such as bishop's goutweed, bishopweed, and goutweed. This edible green was originally brought to the UK by the Romans as a food staple. Ground elder has a long history of medicinal use and was cultivated as a food crop during the Middle Ages. The genus name comes from the Greek words aix meaning "goat" and podion meaning "a little foot", in reference to the leaf shape.The specific epithet podagraria means "snare of gout", in reference to its traditional use as a treatment for gout.

Ground elder flowers bear a resemblance to those of the elder tree (which is completely unrelated), and this gives the weed its common name. This is one of the safest of the carrot family to identify, and certainly the most common. The serrated leaves are oval with a point and always grow in three groups of 3 from a grooved stalk, close to the ground, before sending up their flowering stems.

Small, white flowers in an umbel formation occur in late spring to early summer and are held above the ground on a leafy stem.

Fields of Nutrition has medicinal benefits and vitamin/mineral content of Ground Elder.

Leaves are typically light green when young becoming darker as they age. Its leaves are basal, and are divided into three groups of three leaflets. The leaflets are toothed and sometimes irregularly lobed or divided. A variegated variety of ground elder (Aegopodium podagraria variegatum) has basal foliage that is light green with creamy white margins.

Ground elder can grow up to a metre tall (3'), although typically it is half that height. The hollow stems are grooved.

Woodland edges, roadsides, parks, and escapes gardens. This plant can be found throughout Canada, the U.S., Europe, Asia, Australia and in some South American countries. It can grow as far north as Alaska and in Siberia. It likes sun and part sun locations.

Leaves can be consumed raw or cooked. They have a unique tangy flavour that for some, is an aquired taste. It is somewhat a celery to a lemon/parsley sort of flavour. The leaves are best harvested before the plant flowers. Leaves can be used in salads, soups, or used in cooked dishes. They lose a lot of volume in cooking, so gathering more than you think you need may be required.