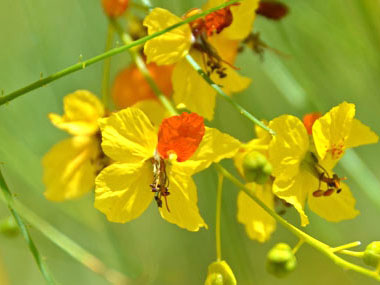 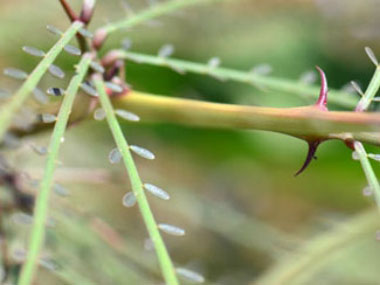 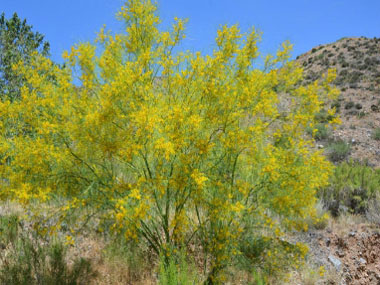 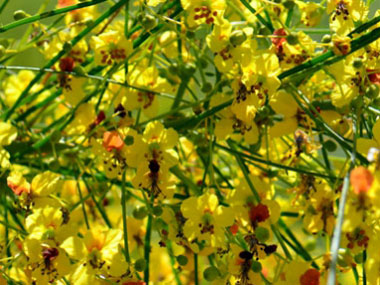 Jerusalem Thorn is a native tree that grows in the southern U.S. It in the Fabaceae (or Leguminosae) family. This tree is also commonly referred to as retama, and lesser known names include Horse Bean, Mexican Palo Verde, Guacaporo, Bagote, Huacapori, Junco Marino, Cacaporo, Guacóporo, Huacóporo, Espinillo, and Mezquite Verde. In addition to growing in the southern U.S., Jerusalem thorn is also reported to be native to northern Mexico, the Galapagos Islands and in some South American countries. It has naturalised in eastern Africa, tropical and southern Africa, Pakistan, Oceania, and Central America.

When young, its bark is relatively smooth, green, and indicative of many desert plants, it has many thorns. As it ages the trunk remains green and the bark can become somewhat scaly. This tree can have a single or multiple trucks. The bark is thin and easily damaged.

Jerusalem thorn branches are bright green or yellow-green, smooth bark (hairless), and it has photosynthesizing bark. Its needle-sharp spines are turned up slightly. Branches often droop or have a zigzag appearance. Younger stems have a pair of sharp spines (3-20 mm long) below each leaf (stipular spines) and these remain on older stems after the leaves have been shed.

Leaves grow alternately along the stems, are pinnately compound, and leaflets grow in 1 to 3 pairs. Leaf shape is elliptical.

Yellow flowers measure about 2 cm (1/2”) wide, have five petals, one of which has red spots (becoming entirely red with age). Flowers have 10 stamens. It flowers in May; with minor flowering throughout the year.

The fruit is a brown, many-seeded legume up to 10cm (4”) long. They are thick and somewhat leather-like.

This tree tends to prefer areas that are moist and poorly drained. It is mostly found growing near creeks, rivers and man-made water points (bores and dams) in semi-arid regions (especially those that have a distinctive wet and dry season). It is also found to grow in grasslands, open woodlands, pastures, waste areas, disturbed sites and roadsides. According to the USDA this tree grows throughout the SW, SE, southern U.S. and in possibly in Hawaii. Jerusalem Thorn can grow at elevations up to 900 metres (3,000'). It has a salt tolerance so it can grow along coastal areas.

The young seed pods and mature seeds (generally the flatter the better) are edible when cooked. According to Mark Vorderbruggen of Foraging Texas, young seed pods can be cooked like green beans. Hard, mature beans can be ground into flour or cooked liked domestic dried beans.

A special thank you to Eugene Sturla of Southwest Desert Flora. His generosity of providing all images of this tree made this page possible.