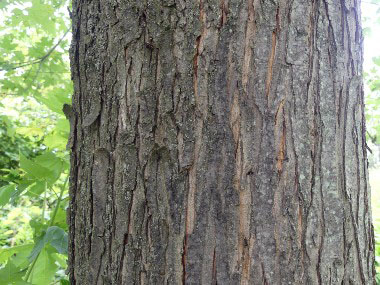 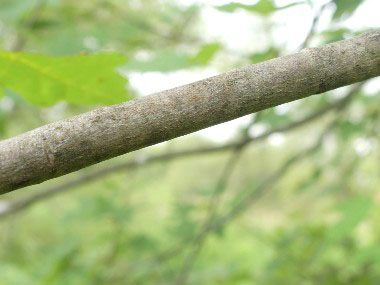 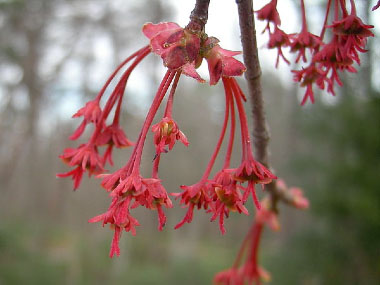 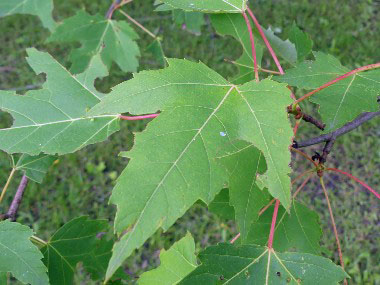 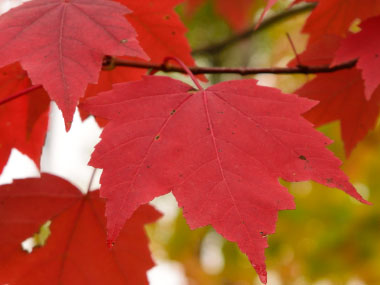 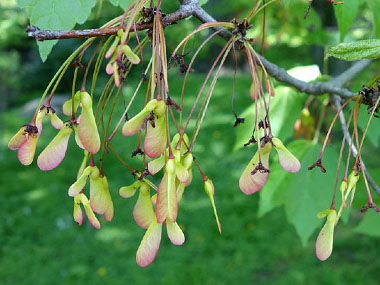 Red maple is also known as scarlet maple, swamp maple, soft maple, Carolina red maple, Drummond red maple, water maple as well as some other names. This tree has long been valued as an ornamental tree because of its ease of establishment, rapid growth, brightly coloured flowers and fruit, and fall leaf colours. Native Americans used red maple bark as an analgesic, a wash for swollen eyes and cataracts, and as a remedy for hives and muscular aches. Tea brewed from the inner bark has been used for treating coughs and diarrhea. Compared to sugar and black maple, red maple is a relatively short-lived tree, rarely living longer than 150 years. According to the USDA's Plant Guide, red maple's early-produced pollen may be important to the biology of bees and other pollen-dependent insects. Most references describe red maple as wind pollinated, but insect pollination may be important, as many insects, especially bees, visit the flowers.

On young trees, the bark is smooth and light gray, with age becomes darker and breaks up into long, fine scaly plates. Mature trees commonly average between 50 and 75cm (20 and 30") in diametre.

Small branches and twigs are generally reddish and lustrous with small lenticels, buds are usually blunt, green or reddish (fall and winter) with several loose scales usually present. They have leaf scars that are V-shaped, 3 bundle scars, the lateral buds slightly stalked, and there may be collateral buds present.

This is a medium sized tree up to about 27 metres (90') tall. In a dense forest, the tree trunk is shorter and the crown is rounded.They also tend to be shorter in thick wooded areas.

Leaves grow opposite, are simple, 3 to 5 palmate lobes with serrated margin, the sinuses are relatively shallow (but variable). Leaves measure 5 to 10cm (2 to 4") long; green above, whitened and sometimes glaucous or hairy underneath.

The fruit appears as clusters of 1.25 to 2cm (1/2 to 3/4") long samaras with slighly divergent wings, on long slender stems. The are light brown and often reddish, ripening in late spring and early summer.

Native to the northeast US and eastern Canada, this tree also grows throughout the western part of the continent as well as in parts of Europe. It grows on diverse sites from dry ridges to peat bogs and swamps. It commonly grows under the more extreme soil-moisture conditions either very wet or quite dry. Although it develops best on moderately well-drained, moist sites at low to intermediate elevations it has been found at high elevations. This is also a common cultivated tree.

Seeds are edible but can vary in bitterness depending on the species. Some can be enjoyed raw, the bitter ones can be soaked in water to help remove some bitterness. Roasted seeds are very tasty. The inner bark of maples can be eaten raw or cooked. Leaves are edible although they are best when young. Sap can be obtained in the spring from the red maple although its sap has half the sugar content of the sugar maple.