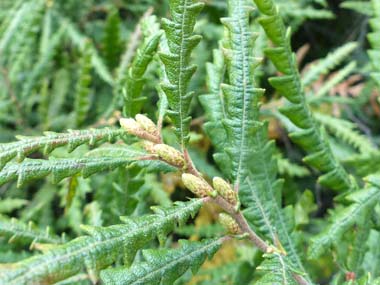 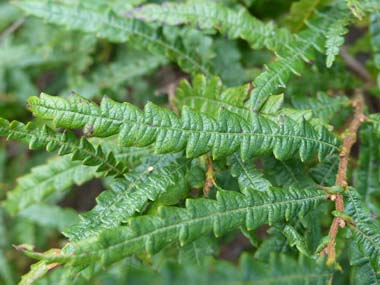 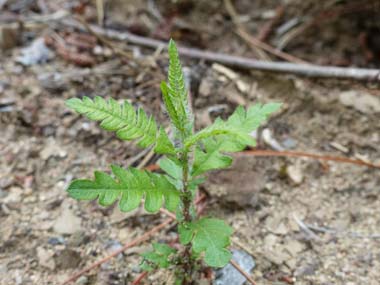 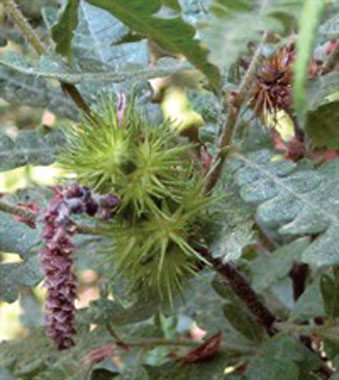 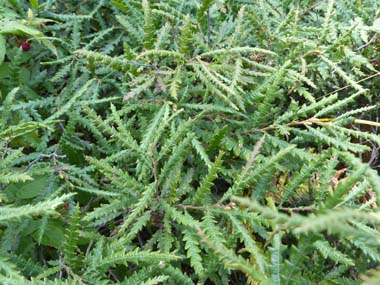 Sweetfern is a native shrub to eastern Canada and eastern U.S. It is in the bayberry family (Myricaceae) and tends to occur in colonies. This is not a true fern despite its name. Sweetfern has medicinal properties and has been known to assist every organ in the elimination of toxins. It helps to clear lymph, blood and skin. A cold water infusion has been used externally by some people claiming that this helps to counter the effects of poison ivy.

Sweetfern is technically categorized as a shrub that has fern-like leaves which are quite aromatic when rubbed. In many cases it has the appearance of being a plant with multiple stems; as it gets larger its branches spread out.

Separate male and female flowers are borne in catkins or dense, cylindrical clusters that develop in April and May. Male catkins are elongated and female shortened ovals. Olive brown, burr-like fruits develop from pollinated female catkins by early summer (edible nutlets are inside the burr).

Fields of Nutrition has medicinal benefits and vitamin/mineral content of Sweetfern.

Alternate leaves occur along the twigs and shoots. These leaves are 5-15cm long and up to 2cm across; they are narrowly oblong to oblong-elliptic in shape and they have 3-8 pairs of oblique lobes. The upper surface of mature leaves is medium green and mostly glabrous, while the lower surface is light green and nearly glabrous to short-pubescent.

This shrub grows to about 1 metre in height.

Sweetfern grows primarily in Ontario, Quebec, the Maritime provinces as well as the eastern and parts of central United States. They flourish in well-drained soils, full sun to light shade, open woods, roadsides and sandy barrens. Sweetfern is drought-tolerant.

The nutlets are edible. Tea can be made from the leaves. Dried and powdered leaves can be used as a spice.