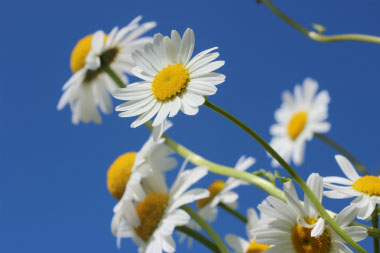 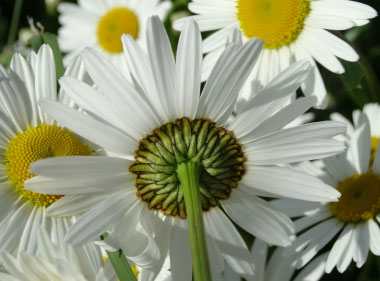 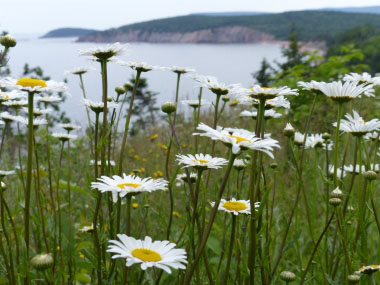 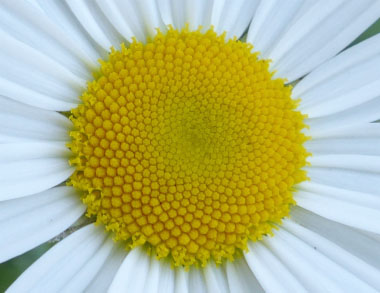 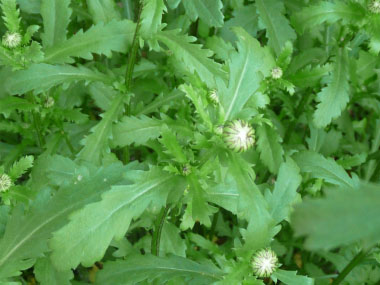 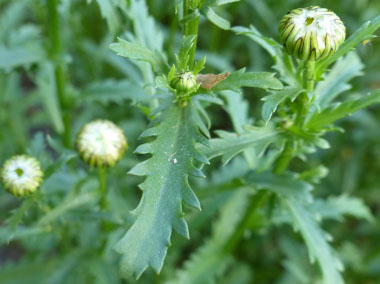 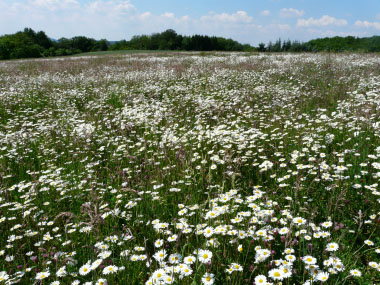 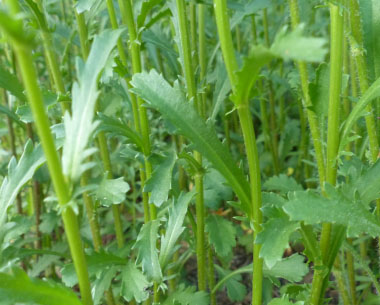 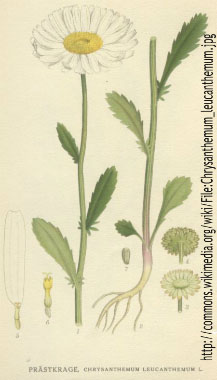 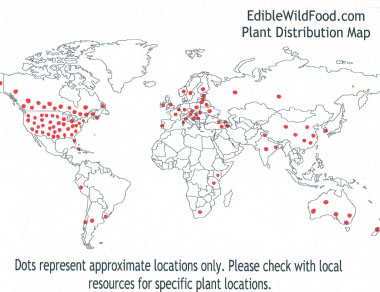 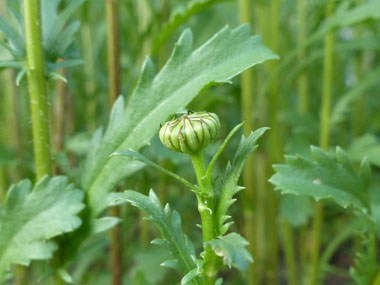 The oxeye daisy is a perennial plant in the Compositae family that looks like several flowers in the aster family. It is often confused with the ornamental shasta daisy (edible) which is a taller plant with larger flowers and a toothed whole leaf. The oxeye daisy leaf is quite different from the shasta with deep lobes. There are many white daisies that have been introduced from Eurasia as ornamental and herbal plants; however, the oxeye daisy has larger flower heads.

In general, daisies are characterized by a long, smooth, central stem that terminates in a single flower head. The star-shaped flower head has a center composed of yellow disc florets surrounded by ray florets with long, white petals. This is perhaps one of the most recognizable flowers in many countries.

The daisy has a single flower measuring approximately 2.5 to 6.5 cm (1 to 2.6 “) across, surrounded by involucral bracts. It has white ray-florets. The center disc florets are yellow, tubular, and very small. The oxeye daisy has 5 stamens and a pistil of 2 fused carpels. These flowers bloom anywhere from May to September depending on location.

Fields of Nutrition has medicinal benefits and vitamin/mineral content of Oxeye Daisy.

The basal and lower leaves are often oblanceolate with slender petioles, while the middle to upper leaves are more oblong and usually clasp the stem. Leaf margins are coarsely dentate, and some of the alternate leaves are often pinnatifid toward the base. The upper and lower surface of each leaf is pretty much hairless.

This daisy grows between 30 and 90 centimetres tall (1-3’). The stem is virtually hairless.

The ox-eye daisy prefers the low fertility of old fields and pastures yet flourishes as a weed in many locations such as meadows, people’s lawns and vacant lots. It tends to prefer well-drained soil and does not like shaded areas. It thrives in direct sunlight and can tolerate high winds. Where the soil has a lime deficiency, oxeye daisies will grow to help replenish the lime. It is native to Europe and parts of Asia (including India and the Far East) and was introduced to North America, Australia and New Zealand. It also grows in South America and in several African nations such as Zimbabwe, Tanzania, Kenya and South Africa.

The leaves can be eaten raw or cooked. Young spring shoots are finely chopped and added to salads and to soups. Some people find this plant to be somewhat pungent and prefer it cooked. The root can be consumed raw and the flowers can be tossed into a salad or pickled. Young plants are more desirable.