Dandelion: Let thy Food be thy Medicine 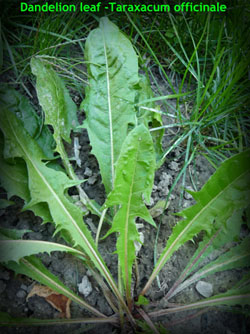 Hippocrates was an incredibly smart man who gave the world valuable words to embrace; “Let thy food be thy medicine and thy medicine be thy food.”

Dandelions are a leafy green that boasts a rich source of vitamins, minerals, trace minerals, Omega-3, protein and much more. Many cultures worldwide have made the dandelion a staple in their diet. Here in North America, many are still slow at accepting the dandelion as a valuable source of food.

This research was completely funded by the local Knights of Columbus, Council 9671 and this has provided the lab with a platform to test the extract on patient-derived leukemia samples.

Many fear that this discovery, along with so many other natural cancer treatments will be largely ignored or derailed by the mainstream medical community. However, on a positive note, the dandelion has received scientific acceptance as an antioxidant. Natural News reported on March 31, 2012:

Dandelions are also a valuable source of flavonoids (including lutein, flavoxanthin, violaxanthin and others).

Most countries have dandelions and these should be valued as an essential food source. Depending where you live, this is not dandelion season; however, many herbal shops sell dried dandelion root and leaves so you need not go without.

Remember, you are what you eat; and when you wild edibles, you will be nutrient-infused with goodness that no grocery store can offer.