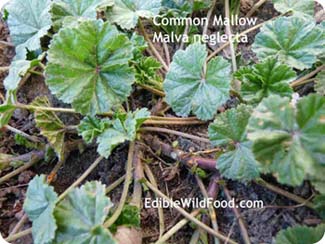 There is a lot of news flying around the Internet now about how gossypin was recently discovered to inhibit human melanoma cell proliferation in melanoma cell lines where two genetic mutations occur. This exciting research also discovered that in lab tests using cell cultures, gossypin inhibited the growth of human melanoma cells and reduced tumour volume while increasing survival rate. This study was published in the American Association for Cancer Research. In addition, gossypin has been reported to exhibit anti-inflammatory action.

So typical of the Internet, there is now a plethora of blogs out there praising gossypin without knowing much about it or what plants can we find this in.

Gossypin is a bioflavonoid that occurs naturally in several plants that belong to the Malvaceae family. It is also a glucoside and is known to have antioxidant properties.

(Interestingly, bioflavonoids were once referred to simply as being vitamin P.)

The Malvaceae (or mallow) family is large. They are a family of flowing plants that contain over 200 genera with almost 2,300 species. This includes the Malva, Althea, Hoheria and Hibiscus. The more commonly known members of this family include cacao, okra and cotton.

Hibiscus flowers contain gossypin and are great for our health. In 2007 Susan Weed wrote about the Malvaceae family. In her E-zine (Volume 7 # 11) she wrote:  “Hibiscus blossoms are exceptional sources of anti-cancer trace minerals such as selenium and chromium, and flavonoids (like in green tea). Hibiscus flowers are also a good source of calcium, manganese, potassium and vitamin C.”

In addition to hibiscus, other flowers that are edible that contain gossypin include hollyhocks and the Rose of Sharon.

Now let’s move onto what wild edibles in the Malvaceae family. Many parts of the world have some type of mallow growing in their area. The mallow plant grows naturally in Europe, Asia, Northern Africa, the Americas, and Australia.

Most mallows have been used over the centuries as food or as medicine.
The leaves, roots, and flowers are edible. The leaves of mallow are collected in spring, and the herb’s flowers can be collected in the summer.

Mallows are beneficial for healing and relieving the pain of cuts, scrapes, stings, boils, and bruises. Healing ointments have been made for centuries using fresh leaves and roots.

Be sure to add edible wild mallows on your list of wild foods to enjoy this year!
Sources: