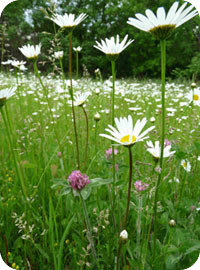 In today’s world there is a steady increase of people who cannot afford one nutritious meal a day (let alone three) and this is worrisome. Even worse, children are in these homes and they suffer more so than adults because of their developing bodies. We have a serious crisis here in Canada and especially in the U.S. and there appears to be no viable solutions on the horizon.

Canada has a huge problem as well. According to a report called the Household Food Insecurity in Canada (2011) there are 3.9 million Canadians who experienced what is called food insecurity in 2011. This includes a staggering 1.1 million children living in homes who fear running out of food before their next cheque, compromise healthy food with fillers, have had to use a food bank, or have gone without eating all together. In fact, 93,000 Canadians are accessing food banks for the first time every month. In order to give food, 55 percent of food banks have been forced to cut back on the amount of food provided to each household.

What does it mean to be in a food insecure household in Canada? It means:

Among households with children:

There is no need to be without nutrition when edible wild plants grow all around us. Plants, weeds, trees, and bushes – the bounty is endless and it is all free food! Edible wild food is not only free but in many cases some of these plants have more nutrition than store-bought produce.

I urge everyone to help where possible and donate to a local food bank. When you are there, tell the volunteers and workers at the food bank about edible wild plants and that they need to be exploring wild edible education programs for those who visit the food bank. Integrating wild edibles into the daily diet can help stave off hunger and more importantly, provides nutrition levels that food banks can’t provide. The best part of all is that wild edibles are free food!