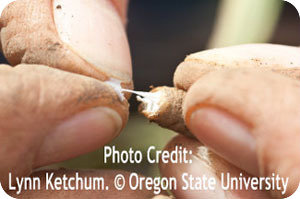 This isn’t news for those in the tire manufacturing sector but for the rest of us, the Russian dandelion (Taraxacum kok-saghyz) has become the focus of attention as a source of rubber. This is actually old news that has a very interesting background.

During World War II the Japanese blockade cut off natural rubber supplies from Southeast Asia, to both the U.S. and the Soviet Union. Both countries searched desperately for a rubber substitute and this dandelion was the answer. The Soviet Union needed help and the U.S. needed seeds and the end result was 100,000 hectares (250,000 acres) of Russian dandelion had been planted in the Soviet Union, the U.S. and here in Canada. This was known as the Emergency Rubber Project.

This wartime effort was published in 1947 by the U.S. Department of Agriculture, according to Anvar Buranov, president and CEO of Vancouver-based Nova-BioRubber Green Technologies Inc. At a tire conference in April 2013 Buranov was reported as saying that a lot of the information about the Russian dandelion was either classified or remained unknown to the public until 2002.

Scientists at the Dutch biotech firm KeyGene is a key player in the development of the Russian dandelion root as a valuable source of rubber. Global demand for natural rubber is expected to outstrip supply by 20% within the next six years. KeyGene believes that the dandelion can be developed into an important natural source of the commodity, worth more than $100 billion a year. In fact, they are aggressively working on a plan.

As far as commercial rubber production goes the Russian dandelion’s roots are smaller than ideal. KeyGene has put this plant through a process of plant phenotyping in order to develop a variety of dandelion with a fatter root and higher yield, which is better suited for industrial processing.

The root of the common dandelion (Taraxacum officinale) can grow very large. KeyGene has used modern DNA profiling to create a Russian dandelion plant that produces larger roots so that there is more rubber.

Natural rubber from the Russian dandelion has several advantages compared to natural rubber from the rubber tree. The roots can contain 5 to 10 percent dry weight rubber; in addition, the roots contains the valuable component inulin (35 percent dry weight), which is used as dietary fibre and building block for bioplastic. Perhaps the greatest advantage is that the dandelions are able to grow very well in a temperate climate. Rubber trees are on a serious decline so this weed is sure looking good to many people now as a logical renewable resource.

For those of us foragers and herbalists who praise the dandelion this information on the Russian dandelion  may be interesting but the questions remains – can we eat it?

Yes we can eat it but I have to wonder about the root. This dandelion’s roots contain latex, the milky liquid that is a source for natural rubber so the roots (I believe) should not be consumed; however Plants for a Future claims that the roots are edible and can be used if cooked or to make tea. The best advice is unless there are other credible sources out there that can validate that the roots are safe to consume then don’t.

The leaves and flowers can be used raw or cooked just as the common dandelion. A pleasant tea is made from the flowers and of course tea can be made from the leaves.

The Russian Dandelion is a native plant of Uzbekistan and Kazakhstan and was first brought to the United States in 1942 to be tested as an alternative source of rubber production as part of the Emergency Rubber Project. It is very similar in appearance to the common dandelion.

According to the Canadian Food Inspection Agency:

“Taraxacum kok-saghyz, commonly known as Russian dandelion, is a perennial herb of the aster family (Asteraceae) native to Kazakhstan, where it was discovered and first described in the early 1930s. It is similar in growth habit and appearance to the common dandelion, Taraxacum officinale, but is reported to be less vigorous and, when cultivated, is easily outcompeted by weeds and other crops. Taraxacum kok-saghyz is not currently reported to occur in the Canadian flora, nor is it known to be in cultivation here. If introduced, it is thought to have the potential to establish and spread in some parts of Canada.”

If you want to see some photographs from the Emergency Rubber Project then check out the Library of Congress.  http://www.loc.gov/pictures/item/2004680674/