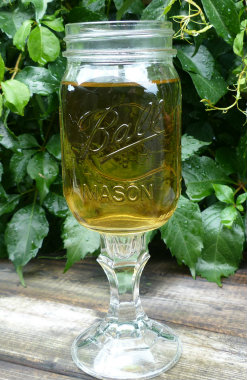 Dandelions are so incredibly common they hardly need to be described. They are perhaps one of the most common wild edibles consumed worldwide. For such a common plant, there is nothing common about what it can do for us.

If you consume 100 grams (just less than half a cup) of dandelion leaves you are nourishing your body with 14,000 I.U. of vitamin A, 35mg of vitamin C and some B-complex vitamins as well. In addition you get 309mg of calcium, 397mg potassium, 66mg phosphorus, and 3.1mg iron.

It is rather ironic how many people will spend a great deal of money on pesticides to kill this incredible edible plant (and others); or they will manually remove them from the lawn only to dump them in a compost yet they’ll go out and spend their hard-earned cash on vitamin and mineral supplements. The late Euell Gibbons once said that dandelions had more vitamin A and C than other foods listed in the USDA Agricultural Handbook No. 8 (Composition of Foods).

Dandelions are powerful in helping to detox the liver. Our liver is the largest organ in our body and it performs almost 500 functions a day. A sluggish or toxic liver can cause a multitude of health ailments from acne to aging spots to severe health ailments. Keeping our liver healthy by eating a proper diet is critical and so is drinking dandelion juice or tea on a regular basis.

Herpes is a virus that loves an acidic environment and it hides in the sensory nerves located just beneath the surface of the skin. Dandelion is loaded with mineral salts and quickly alkalizes acidic blood. The enormous amount of vitamin A quickly takes over to minimize further viral activity by boosting immune defenses.

Tuberculosis was once a dreaded disease that took many lives worldwide. However, with the increase in poverty this disease is making a comeback. TB is caused by a bacterium called tubercle bacillus. It’s spread in droplets of saliva that are expelled by coughing, sneezing, exhaling and speaking. The droplets evaporate and the bacilli remain airborne. Dandelion’s vitamin A content acts as an effective antibiotic in stopping the progress of TB. The rich combination of calcium potassium salts chemically strip the bacilli from moist mucosal tissue in the lungs where they like to colonize. Also, plant alcohols in the leaves (lutein and xanthophyll) disinfect the lungs making it very difficult for the bacilli to survive there.

Dandelions contain helenin which produces more visual purple for the eye. German doctor S. Niedermeier discovered that this is good for improving nyctalopia that accompanies retinistis pigmentosa. He was known to routinely prescribe dandelion juice for night blindness.

Juicing dandelion leaves is another way to enjoy the amazing health benefits this plant has to offer. One cup of dandelion juice will give the body an incredible sensation of energy once it reaches the liver. If the taste is too powerful dilute it with water or mix with juiced carrots.

Still think dandelions are weeds? I think not!