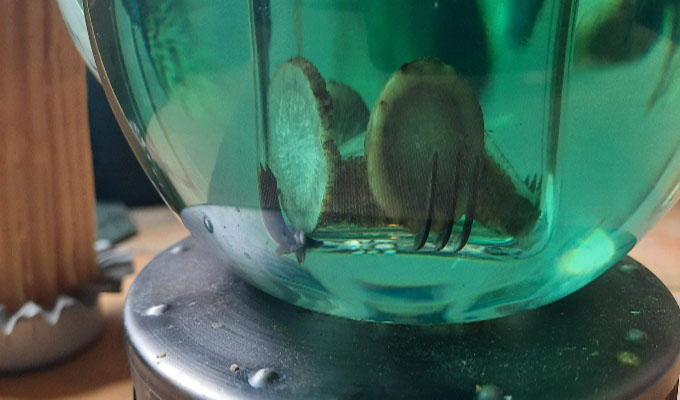 Burdock tea has a long list of health benefits such as detoxifying the body, healing the liver, preventing chronic disease, reducing inflammation, boosting the immune system, healing respiratory infections, improving hair health and soothing stomach disorders. However, this is a tea that should be consumed in moderation because too much of a good thing can be bad for some people.

What Is Burdock Root Tea?

This popular herbal tea is made by steeping the dried (or fresh) root of the burdock plant (Arctium lappa). It has been in use for thousands of years as a traditional medicine in parts of Europe, Asia and more recently, North America. It is a cultivated plant in many areas due to the medicinal and nutritional properties of its roots, leaves, flowers and stems. Burdock root can also be cooked and eaten as a root vegetable, but similar nutritional properties can be gained when it is brewed into a tea. Most of the benefits of burdock root tea come from the significant levels of luteolin, quercetin and other antioxidants, as well as vitamin C, B6, folate, potassium, magnesium, manganese, phosphorous, calcium and iron.

In traditional use, burdock root tea was commonly turned to for its diuretic and diaphoretic effects, meaning that it caused sweating and urination in people who drank it. This helped to purify the blood and detoxify the body. Sweating and urination are both ways for the body to expel excess toxins, salts and water, thereby relieving stress on the liver, lymphatic system and kidneys.

High potassium levels found in burdock root tea mean that this herbal beverage is excellent for heart health, as it can reduce strain on the cardiovascular system by lowering blood pressure. Potassium not only regulates the fluid balance in the body, but also acts as a vasodilator, helping to prevent atherosclerosis, heart attacks and strokes.

Burdock root contains inulin, a soluble and prebiotic fiber that helps improve digestion and lower blood sugar. That makes it an excellent choice for people trying to naturally manage their blood sugar. In Europe, the fresh root is used for lowering blood sugar. Its inulin content makes it particularly suitable for diabetes.

Notable levels of vitamin C found in this root tea help to stimulate the immune system and the production of white blood cells. It also boosts collagen production and speeds the healing and recovery process following an illness.

A number of studies have shown that burdock root tea can help speed the re-growth process of liver cells following serious diseases, such as cirrhosis and hepatitis.

The phytosterols found in burdock root tea, as well as the essential oils in the root, can prevent hair loss and improve the health of the scalp and follicles, eliminating dandruff and other common issues.

In natural health traditions, burdock root tea was often recommended for people suffering from headaches, fever, aches, pains and joint disorders. This is due to the anti-inflammatory nature of this herbal tea, and people still turn to this brew for similar conditions. For those with gout, research has shown that the compounds in burdock root tea can decrease levels of uric acid in the blood, improving this condition.

This herbal tea has both expectorant and decongestant properties, so if you’re suffering from a cough, cold or flu-like symptoms, a cup or two each day can help cut through the phlegm and mucus, while the antibacterial nature of the tea can attack the underlying infection to speed healing.

Cut burdock root into small pieces and infuse them in boiled water. Infusion time should be minimum ten minutes. Infuse longer for a stronger flavor.

People who should avoid burdock root include:

To learn how to identify burdock please go to https://www.ediblewildfood.com/burdock.aspx.