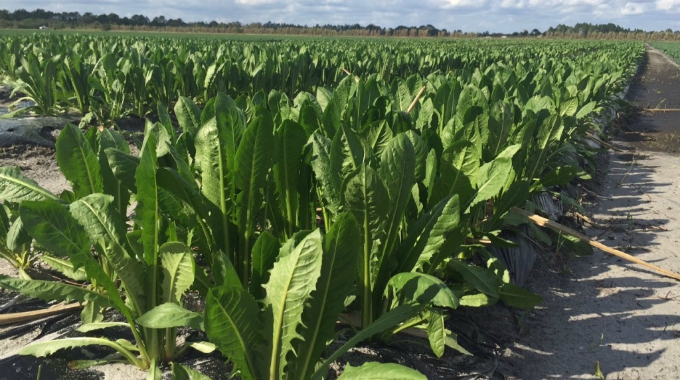 I know many people will cringe at the thought of having a neighbour who actually dares to grow a weed garden. Many may argue why grow a wild plant garden when many weeds come up all on their own? The answer to this is that you are (somewhat) in control.

We are living in times in which much of our food supply contains chemicals we don’t want in our body. If this isn’t bad enough, what is grown is doing so in nutrient-depleted soils. This is not a recent revelation, this has been happening for almost 100 years. Research I’ve found indicates that warning bells were ringing about poor soil way back in the 1930’s. With undoubtedly a recession (and a possible depression) looming on our horizon, it is, in my opinion, really important to have a garden with a variety of edible plants that are dependable.

What is a Weed?

One definition of a weed that Merriam Webster offers is: a plant that is not valued where it is growing and is usually of vigorous growth. But who decides when a plant is out of place? Wild mustard going to seed in a field of ripening wheat is certainly out of place, as are weeds that appear in a cabbage field. But if a plant is strengthening the soil in a given location, according to the laws of nature, it is not out of place as a fundamental in maintaining land productiveness.

History of a Once Wild Plant

Nature may at times compel us to discover the value of her wild plants; her weeds. In pre-colonial times a group of explorers, after navigating the Amazon for a lengthy period, decided to strike overland to a point towards which they were heading, hoping thereby to save weeks of time. They became lost in the jungle.

After many days of wandering, these men came upon a seemingly endless growth of vines bearing massive quantities of pods filled with plump seeds that appeared edible. These explorers learned jungle caution so they were somewhat fearful of eating unknown growth. After considerable mental struggle, they decided to cast lots in order to choose someone, who should risk his life by eating these pods. The result was the discovery of habichuelas, our most popular beans. Not only are these beans a food staple in many parts of the world; they are soil “improvers” wherever grown.

Joseph Cocannouer wrote an outstanding book called Weeds: Guardians of the Soil. He defends the use of weeds in farming and in gardening in order for crops to actually succeed the way they should. (He has authored other books as well including Farming with Nature.) Cocannouer taught conservation and biology for about 50 years.

According to Professor Cocannouer, weeds, in particular the common ragweeds, pigweeds, pusleys and nettles, perform valuable services. (The following text is verbatim from his 1950 book, Weeds Guardians of the Soil.)

1. They bring minerals, especially those which have been depleted, up from the subsoil to the topsoil and make them available to crops. This is particularly important with regard to trace elements.
2. When used in crop rotation they break up hardpans and allow subsequent crop roots to feed deeply.
3. They fiberize and condition the soil and provide a good environment for the minute but important animal and plant life that make any soil productive.
4. They are good indicators of soil condition, both as to variety of weed present and to condition of the individual plant. Certain weeds appear when certain deficiencies occur.
5. Weeds are deep divers and feeders and through soil capillarity they enable the less hardy, surface feeding crops to withstand drought better than the crop alone could.
6. As companion crops they enable our domesticated plants to get their roots to otherwise unavailable food.
7. Weeds store up minerals and nutrients that would be washed, blown or leached away from bare ground and keep them readily available.
8. Weeds make good eating — for man as well as for livestock. The publisher can vouch for the superiority of lamb’s quarter — a favorite of the author — over any other domestic form of spinach or cooked greens.

(Please note that ragweeds are NOT to be consumed! Also, Professor Cocannouer is from Oklahoma so I believe he means the Richardia scabra when he mentions pusleys. This is a plant I am not aware of as I am in Canada so until you get confirmation from a wild food educator in the south – do NOT attempt to eat this as apparently it is easily confused with toxic plants.)

If you haven’t space to create a weed garden, then allow a few unwelcomed visitors to grow among your cultivated plants. Controlled gardening is a great way to grow the plants and flowers you want to see, but it also allows the wild plants to help your soil and provide nutrient-rich food.

If you have space, build some raised garden beds and grow some hearty, drought-tolerant, edible weeds including dandelions, lamb’s quarters, alfalfa and yellow dock. Broadleaf plantain does particularly well in compacted or disturbed soils and can survive repeated trampling. Its roots work to break up hardpan soil and can help stop erosion. This edible and medicinal plant, as well as the dandelion, lamb’s quarters alfalfa and yellow dock will provide you with a wealth of nutrients, all maintenance-free! Oh, and red clovers are beneficial to have as well but they tend to prefer moist soils. You can control the growth of these (somewhat) by harvesting the flowers before they go to seed.

Growing a wild plant garden is educational because you learn what wild plants look like in all stages of growth. It is also local food that grows on its own, contains valuable nutrients (including trace minerals), and they are free.

A bit heartfelt thank you to Kristen Beddard of The Kale Project and Lady Moon Farms in Florida for allowing me to use her image for this blog.

About the Author
Karen Stephenson is an author, professional writer, wild food educator, and a certified Master Naturalist. Foraging and being outdoors are her passions.
Social Share
11 Comments